If you know or like at least one of these card games, you will definitely enjoy this game!

This time, it was.

But the whole human race had to die because of it.

The entire planet had been covered in the killing machines the enemy used. Not a single human corpse or a survivor was in sight, except  this one man.

He planned to defeat the enemy using their technology. Fighting fire with fire.

After years of research, the man was able to find out that machines controlled by humans improve their skill when they fight another machine of the same manufacturing.

But how would he create such a phenomenon?

Looking around for parts, he had found inside an enemy's corpse, clean crystals, gems, and jewels.

They all seemed to be authentic and manufactured at the same time.

He took them, and realised that they could be used as some sort of power vat.

After a long time, he was able to build the machines.

However, there was something special about Reect.

It's look was that of a human's. It could fool the enemy into thinking there was a human.

The problem, though, with the stones being used, was the fact that they were the enemy's.

The rest of the machines turned on Reect, and nearly killed him.

The man quickly stepped in and disabled all the machines by taking their stones out.

He took the jewel, and transferred his power to it.

Each of the machines turned into a card, to be passed on to another generation, for protection from another war.

The enemy was coming. A transmission from another planet sent a warhead straight to the man.

Someone skids over the spot where the cards were with their friends.

They dig up, and find the cards.

"What are these?" says one boy.

"I'm not sure, they seem like some kind of playing cards." says another.

"Oh you guys are so stupid, just flip one!" the oldest demanded.

"Deztodaszd?" the oldest says, with a perplexed look on his face.

"It sounds unheard of. My dad could make a business out of this!" the oldest says, grinning and then taking the cards.

The cards have been mass reproduced in packs of 21, stopping wars as this is told! 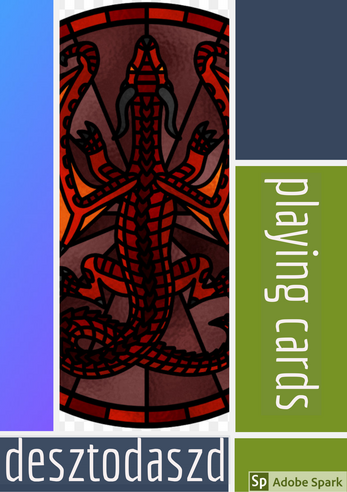